Subscribe to get the Good Morning, CNY newsletter (brought to you by Kinney Drugs) delivered to your email inbox weekday mornings.

Photo of the Day

SOAR OVER SONG MOUNTAIN: Thanks to a very dry summer and crisp Autumn nights, trees throughout Central New York are putting on their best display in years from the Adirondacks to the hills and gullies of the Finger Lakes. Get a unique overhead view of this colorful spectacle, soaring over the Song Mountain area in this video. (N. Scott Trimble photo)

Syracuse mayor in quarantine: Mayor Ben Walsh plans to work from home for up to 14 days, following his potential exposure to the novel coronavirus at a news conference Wednesday attended by the mayor of Binghamton, who tested positive later that day. “I am confident that we took the necessary steps to mitigate the risk,” Walsh said. “But there’s always risk, and I think that we need to acknowledge that.

More than 80 at CNY high school quarantined: A student at C.W. Baker High School has tested positive for the novel coronavirus, forcing 77 students and six staff members to quarantine, according to the district.

SU scrambles to keep outbreak under control: A Syracuse University official says a coronavirus outbreak related to an off-campus party seems to be under control, but still has the potential to force SU to suspend in-person classes. SU reported another 20 positive cases Thursday, bringing the number of active cases on campus to 65.

B’ville couple died by gunshot wounds: A Baldwinsville couple found dead in an apartment Tuesday were killed by gunshot, according to the Onondaga County Sheriff’s Office. Authorities have not released who shot whom, but they have said they believe there is no ongoing threat to the community.

CNY donut shop owners indicted in $1 million tax evasion case:The owners of three Mohawk Valley donut shops are accused of avoiding paying taxes on $1 million in revenue over five years by hiding cash in personal bank accounts and paying some employees off the books, according to a federal indictment announced in Syracuse.

Some spooky nostalgia: If you grew up in the 1980s, especially in the suburbs north of Syracuse, a trip to Switz’s was a must in the run up to Halloween. Do you remember Oscar the Ogre? Revisit those days and check out some vintage photos. 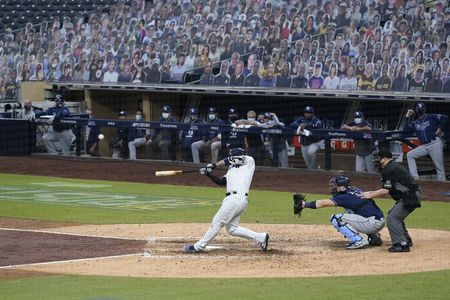 Scouting Report: Duke vs. Syracuse football: Syracuse University’s football team is searching for its second win of the season when it hosts Duke this Saturday at the Carrier Dome. Duke is off to its worst start since 2006 after four straight losses. Despite those setbacks, Syracuse shouldn’t take the Blue Devils lightly.

Analysis: Why the 3-3-5 defense has worked for SUSyracuse football vs. Duke predictions: See our picks

From Schayes to Grant: Which SU players’ dads played at other schools?

Wind gusts hit 68 mph: See how strong they were by you (chart)

To listen to the latest news every morning with Alexa, please click here.

Syracuse girl who lived by way of two main pandemics dies at 103 – syracuse.com