The Daily Orange is a not-for-profit newsroom that is not funded by Syracuse University. Donate today to support our mission.

Nicky Adams inherited the women's football program in February 2019 from head coach Phil Wheddon, who had been in Syracuse for a decade. She also inherited a fighting Orange team that finished 3-15 and 0-10 seasons in the Atlantic Coast Conference.

The season's top scorer, Kate Hostage, tore up her ACL just days after Adams was hired as head coach. More than half of the team still play for Syracuse. But the timing of their hiring presented Adams with recruiting challenges.

"I didn't get to Syracuse until mid-March," said Adams. “The window of time in 2020, in which many newcomers could be hired, was limited as most of them were already engaged. We have therefore focused a lot on some transfers, especially some transfers that we can do for a year and help each other. "

Syracuse (0-6, 0-6 Atlantic coast) had five transfer players in its class for 2020: Carina Hendley, Olivia Erlbeck, Telly Vunipola, Natalie Weidenbach and Alina Miagkova. Hendley, Erlbeck, and Weidenbach are all graduate transfers. Only the last four players have seen the field this season. Vunipola, Miagkova and Weidenbach play in the wing-back position for Orange, while Erlbeck plays in midfield.

The coronavirus pandemic also affected the 2020 signing class. When SU ​​students were sent home in March, the team allowed Miagkova to return to Russia to be with her family. However, due to international travel restrictions, she was only able to return to Syracuse a few days before Orange's first game.

"We got the impression that we wouldn't have them at all," said Adams. "When I got a phone call three days before the Pitt game and she said, 'Hey, I can come,' we did it."

Miagkova played for the Russian national team and participated in the 2019 Russian Cup with Lokomotiv Moscow. She started three times for Syracuse this year and played in all six games, dividing time left and right.

Vunipola usually begins opposite Miagkova on the wings. The junior moved from Louisiana to Syracuse to push herself out of her comfort zone and play at a higher level in the ACC, she said. Adams moved Vunipola's position from midfield to wingback, a position she hadn't played in her first year.

"It was difficult, but definitely a good challenge," said Vunipola. "After playing offensively for so long and having to build that offensive mindset, it is definitely a change that I have to make mentally."

The position switch has brought Vunipola into trouble at times. In a shortened season, Syracuse only has to deal with ACC opponents who have targeted Syracuse's wingbacks.

Louisville fielded all-ACC first-team midfielder Emina Ekic against Miagkova and that move resulted in two goals. Herzog winger Mia Gyau later scored two assists after driving at Vunipola and beating them one-on-one twice. Weidenbach took over one of Miagkova's starting places, but the defense has not improved and is still looking for the first shutout this year.

But Vunipola played a key role in Syracuse's only goal of the season. Vunipola drove from a Lysianne Proulx-Kahn through the midfield of Boston College on Thursday and played a through pass to Hannah Pilley, whose pass over the goal was intercepted by Meghan Root. Vunipola played that game in midfield instead of their usual role in defense.

Erlbeck started every game, except against BC. For financial reasons she decided to move from Duke and attend the same university as her younger brother Blake Erlbeck, a newcomer to the men's lacrosse team.

But she also moved to help Adams rebuild Syracuse's program. Duke joined SU as the nation number 5 this year while Syracuse has been and still is without a win. 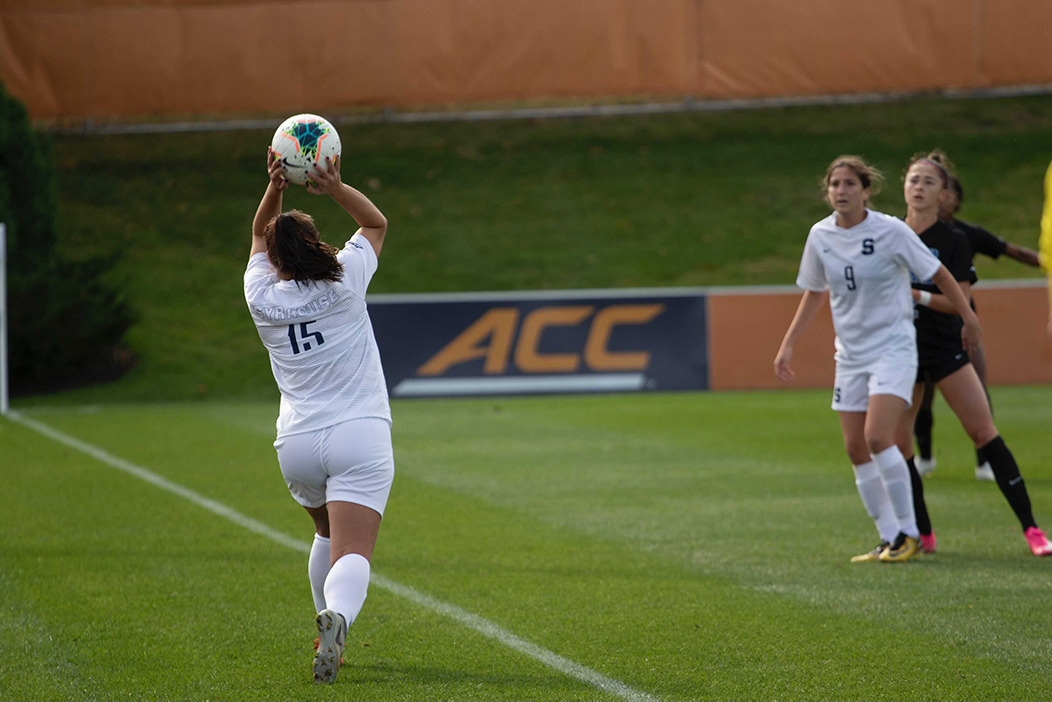 "Being part of creating something new and creating this new culture is one of the coolest experiences I've had because I can make that impression on Syracuse women's football before I leave," Erlbeck said.

In her previous job at Rice, Adams said she only had a "handful of transfers". With the creation of a transfer portal, it is now easier to find transfer players and include them in the program.

SU's five transfers are the first group of players that Adams really recruited. Adams said she had no real say in the freshman class due to her attitude, and she won't have her first freshman class until 2021. In the meantime, Adams will continue to recruit transfer players to help them rebuild.

"I think rebuilding a program isn't going to happen overnight," said Adams. "I definitely have a certain way of playing so the point is to attract these players to Syracuse, be it through real newbies or through the transfer portal." But it will take time. "