SYRACUSE, N.Y. (WSYR-TV) — Drivers through Downtown Syracuse don’t love the closure of South Salina Street — between the old Hotel Syracuse and Landmark Theater — but they’ll love the fresh pavement to come in the months ahead.

A 1.7-mile stretch will be repaved from MLK Boulevard on the city’s South side and where North State Street intersects with Salina Street on the North side. 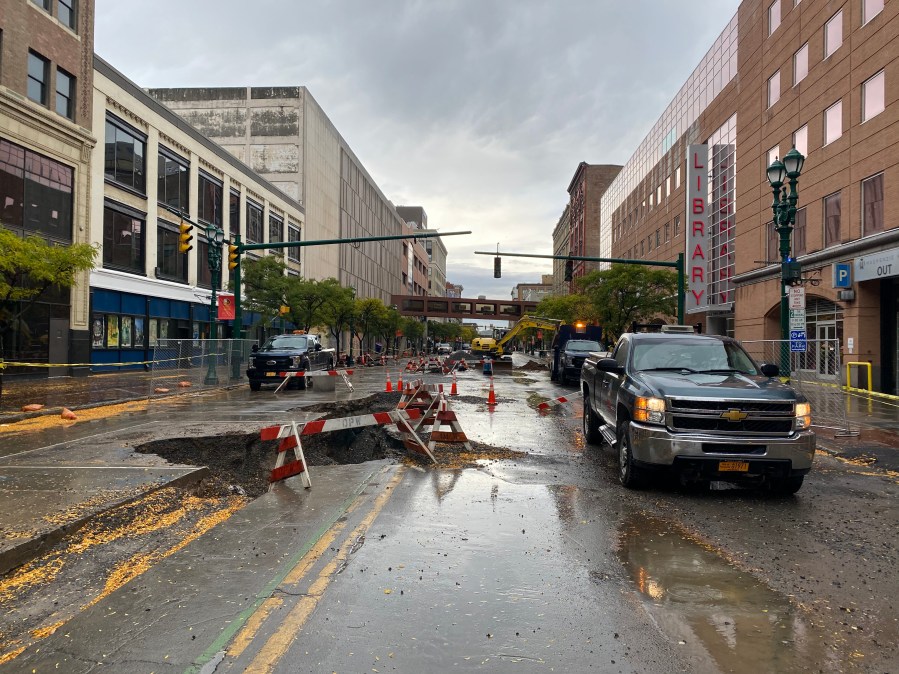 In the stretch already closed, the street will get more than pavement. It will get the city’s “Dig Once” treatment, which ensures the utilities underneath are as fresh as the blacktop.

City division engineer, John Kivlehan, explains the concept: “The last thing we want to do is invest in new pavement and have to come back a few weeks later and dig it up for water main breaks and sewer repair.”

“We want to it to be untouched for as many years as it can be,” Syracuse Chief Operating Officer Corey Driscoll Dunham tells NewsChannel 9.

That stretch between the Marriott Syracuse Downtown and the Landmark Theater was chosen because of its frequency of water main breaks and the aging infrastructure.

Some of the pipes being replaced are 120 years old.

Once the city’s water department upgrades the pipes, paving can begin in the new year. Paving will begin at MLK Boulevard this year.

The nearly $10 million project will be funded by the federal government, an expense approved before the pandemic.

The project also includes repaving of State Street from MLK Boulevard north to James Street. National Grid is doing similar “Dig Once” work in front of the Oncenter for that part of the project.

COVID Cluster: Syracuse College college students react to the unfold of the virus on campus

Greatest and worst from Syracuse soccer’s loss to No. 25 Pittsburgh – syracuse.com