For the last 40 years, the Carrier Dome has been home base for the greatest moments in SU sports history.

But it’s also been home to the biggest music acts ever to visit Syracuse. For this episode of Dome Sweet Dome (video above), we looked back on some of the legendary artists who came to play at The Loud House.

The first non-sporting event held in the Carrier Dome was a Republican fundraiser for Ronald Reagan in October 1980. Nancy Reagan hosted the gala, with Wayne Newton and Frank Sinatra volunteering their performances. Despite a somewhat low turnout of 13,000 attendees, Republicans netted about $100,000 for Reagan’s campaign that night.

Nancy Reagan and Frank Sinatra accept applause at a Republican campaign fundraiser at the Carrier Dome on October 22, 1980. Photo by Seth Resnick.Seth Resnick

In 1981, Santana played the first rock concert at the Dome with over 15,000 fans in attendance. The young crowd loved it, but critic Annette Brown denounced the Dome’s poor acoustics. “Too much concrete,” Brown wrote. “And a half-circle shaped area did absolutely nothing to enhance the music.”

But that didn’t stop the bands from coming.

Later in 1981, the Rolling Stones came to rattle the Dome for 43,000 fans. Many camped outside for tickets. “The Dome rumbled under the noise of audience and artist, with the building seeming to waver under the sound assault,” wrote the Post-Standard’s John Bonfatti. The Stones returned to the Dome in 1989, 1994 and 1998. 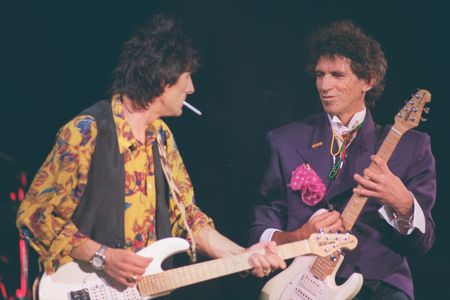 Ron Wood, left, and Keith Richards perform with the Rolling Stones in the Carrier Dome in 1989. Harry DiOrio

The Police, with Sting, played the Dome in April 1982 and joked about their last visit in Syracuse at a small venue called the Firebarn. Only 200 people showed up to their show three years prior, but 32,000 fans packed in the Dome for their 1982 show. They returned in 1984.

A few months later, The Grateful Dead came to play at the Dome in September 1982. (They would later return in 1983 and 1984.) But neither The Police or The Dead wouldn’t be the biggest show of 1982. Because The Who would play The Loud House that December. With 45,000 fans in attendance, it became the biggest event in the short history of the Dome.

The Dome’s early years found a remarkable musical momentum, with Journey, Styx, Foreigner, Rush, David Bowie and Duran Duran all playing between ’81 and ’84.

Bruce Springsteen performed with the E Street Band for two Dome shows in January 1985. Syracuse music fan Phil Prehn attended one of those concerts for his 25th birthday, and sat in the third row from the back.

“That was my first Springsteen show, the ‘Born in the USA’ tour,” said Prehn. “He didn’t normally play stadiums, so he spent like two or three hours on the sound checks and it showed. It was mind-blowing.”

The Boss returned in November 1992. He almost returned in 1999 but Springsteen decided to limit his appearances to arenas instead of stadiums, so he wouldn’t have to change his set for a larger stage.

Prince also visited the Dome in March 1985 during his Purple Rain tour, and his epic show was streamed on YouTube last May for coronavirus relief.

Before U2 played the Dome in October 1987, SU student Noelle Couture watched Bono, one of the most recognizable figures in rock, walking through the pre-concert dinner line backstage, plate in hand. Couture loves telling the story of seeing a fellow student ask Bono for his dinner ticket. He didn’t have one.

Bono stalked off to get a ticket to get his roast beef dinner, before playing for the crowd of 39,000.

Van Halen brought hard-charging rock to a crowd of 20,000 in October 1988. Critic Brian Bourke wrote that guitarist Eddie Van Halen “dominated the show” with volume and speed, and had “mastered a number of guitar techniques — subtlety and understatement are not among them.” Kenny Rogers and Dolly Parton followed in November 1988 with the Oak Ridge Boys.

Bon Jovi performed for a crowd of 32,000+ fans in March 1989, and dedicated the song “Never Say Goodbye” to the 35 Syracuse University students killed when Pan Am Flight 103 was blown up in December. Critic Brian Bourke wrote that Bon Jovi’s “riotous applause filled the Dome and echoed down the concrete corridors like a runaway subway train.” 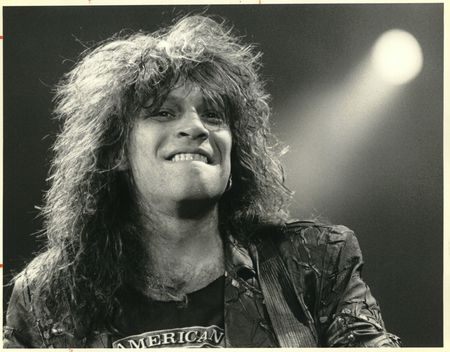 Jon Bon Jovi in concert at the Carrier Dome in 1989.File photo

Two big acts kicked off a new decade in the Dome. Eric Clapton performed in April 1990, followed by New Kids on the Block (and 38,000 screaming fans) that November.

Nearly 39,000 fans converged on the Dome in June 1992 to see Genesis with lead singer Phil Collins. Genesis then traveled to Toronto for a one-night show, before returning to the Dome to perform before another crowd of 33,000 the day after. (Genesis had also performed at the Dome in ’81 and ’83.)

Garth Brooks drew a total of 50,000 fans to two sold-out Dome shows in April 1997. During his second show, he traded his black shirt for a Syracuse University football home jersey, complete with a Big East patch. Brooks later revealed the evening had been taped for his live album.

In May 2001, Billy Joel and Elton John visited Syracuse to bring their “Face to Face” tour to the Dome for 38,500 fans. Critic Mark Bialczak wrote, “When the two pop giants were on stage together…their voices and piano work blended as neatly as two parts hydrogen and one part oxygen.”

While rock dominated the Dome’s early years, later shows reflected the rise of hip-hop, R&B and pop in its third decade. Snoop Dogg headlined SU’s Block Party in 2005, followed by Kanye West in 2006, Ciara and Lupe Fiasco in 2007, Fergie and Sean Kingston in 2008 and Drake in 2010. 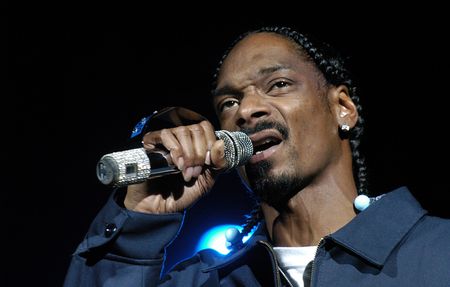 Dave Matthews headlined the star-studded One World concert in 2012, with Natasha Bedingfield, Counting Crows, Cyndi Lauper and Nelly Furtado also performing. Before Matthews even took the stage, the Dalai Lama himself gave a 50-minute talk about how to build a better society. Southern rock band Zac Brown Band also drew a crowd of 24,000 to the Dome that November.

Kesha (formerly Ke$ha) headlined Block Party 2013 for 9,000 fans and drew a withering review from critic Chris Baker: “The carefully crafted theatrics worked double-time to present an image of a careless rock star…Nothing is worse than trying too hard to seem like you’re not trying.”

Also in 2015, the Piano Man Billy Joel returned to the Carrier Dome for the seventh time in 25 years and was presented with a “No. 7” jersey. Joel’s 2006 Dome concert sold out with a crowd of approximately 38,500.

Country rocker Luke Bryan, freshly named the CMA “Entertainer of the Year,” put on a massive show in early April 2016. A few weeks later, Chance The Rapper performed at the 2016 Block Party with co-headliner The Chainsmokers. 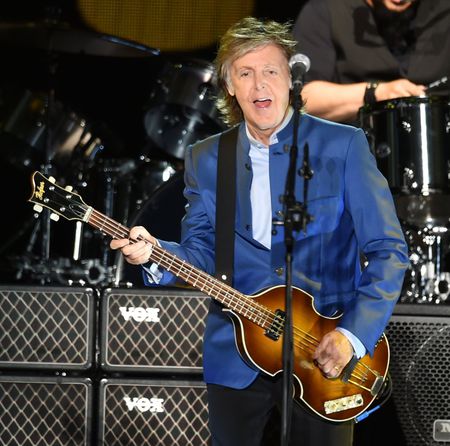 The biggest Dome show of the last few years was the long-awaited visit of Sir Paul McCartney in September 2017. Thousands of fans tailgated all day before the show. The Beatle regaled over 35,000 people with stories from his iconic career.

McCartney played a three-hour set, sparing only a five-minute break between his main set and encore. The star-studded crowd included Jim and Juli Boeheim, Nathalie Emmanuel, and Vanessa Williams, who came to see treasured hits like “Can’t Buy Me Love,” “Blackbird” and “Hey Jude.”

The ever-popular Block Party series for SU students brought Travis Scott in 2017, SZA and Gucci Mane in 2018 and Khalid in 2019. No concerts were announced for 2020, while the Dome received major renovations.

The ongoing Covid-19 pandemic postponed all concert plans for the rest of 2020. But with a huge Dome makeover checked off the list, we can expect The Loud House will host many more big acts in the future, when it’s safe to gather once again.

Thanks for visiting Syracuse.com. Quality local journalism has never been more important, and your subscription matters. Not a subscriber yet? Please consider supporting our work.

PAST COVERAGE OF DOME CONCERTS

50 Cent, G-Unit marvel backstage on fickle youth culture and problems with ‘making it’

Ke$ha proves more style than substance at the Carrier Dome

Rolling Stones on tour again? Here’s a look back at their Carrier Dome shows

Flashback: The Who has ‘last big gig’ at the Carrier Dome in 1982

How one can watch Italy versus Poland: reside stream, TV schedule for the fifth matchday of the UEFA Nations League – syracuse.com